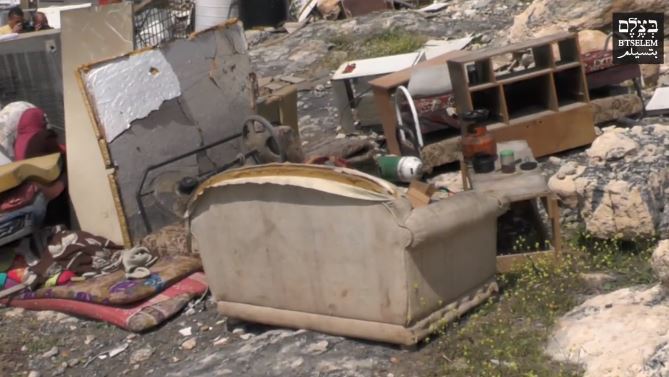 The Israeli Information Center for Human Rights in the Occupied Territories (B’Tselem) has reported that the Israeli authorities demolished, in the year 2014, 188 Palestinian homes in the West Bank and East Jerusalem, rendering 882 persons, including 463 children, homeless.B’Tselem said the “Civil Administration” office, run by the military in the occupied West Bank, and the Jerusalem Municipality “have deliberately avoided drafting master plans that would meet the needs of Palestinian residents.”

It added that Israel uses the absence of such plans to deny construction permits filed by the Palestinians, leading to “extreme housing shortage,” in addition to impacts of these policies on the Palestinians who lack public buildings, including schools, hospitals and clinics, and community centers.

In addition, B’Tselem said that, faced by the absence of legal means that enables them to construct homes and other facilities, the Palestinians have no choice but to build without construction permits, and in turn; the Israeli Authorities demolish a large number of the constructed buildings.

Israel retains control of security and land-management in Area C and views the area as there to serve its own needs, such as military training, economic interests and settlement development.

At the same time, it encourages the development of Israeli settlements through a parallel planning mechanism, and the Civil Administration turns a blind eye to settlers’ building violations. B’Tselem

For more on planning and construction in Area C, see: (B’Tselem)
http://www.btselem.org/topic/planning_and_building

For more on planning and construction in East Jerusalem, see: (B’Tselem)
http://www.btselem.org/jerusalem/discriminating_policy