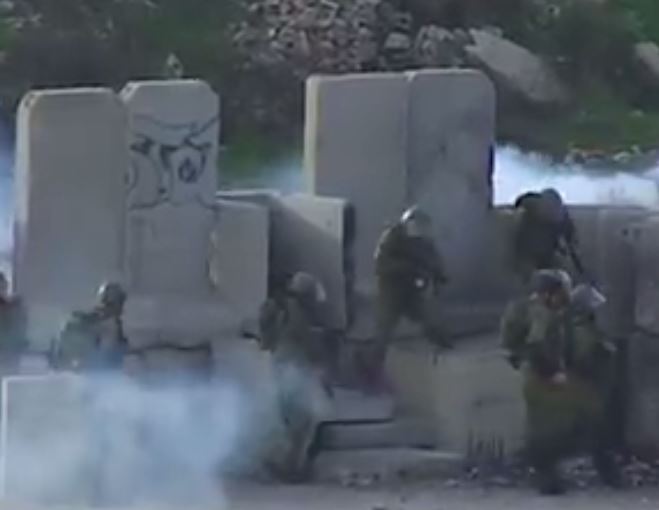 Israeli soldiers invaded, on Friday, the village of Deir Nitham, northwest of the central West Bank city of Ramallah, imposed a curfew forcing the residents under house arrest, and launched a wide-scale search campaign into dozens of homes, kidnapping one resident.Palestinian TV has reported that the soldiers caused excessive property damage to a number of homes, after violently breaking into them and ransacking the property of the owners.

The news station added that the soldiers smashed several windows of the home of Dr. Khaled Tamimi, and caused property damage to a number of homes, including the home of Mohannad Othman Tamimi and Ahmad Othman Abdul-Hamid Tamimi, 40, in an attempt to pressure his child, Shehab, 14 years of age, to hand himself in to the army.

The soldiers allege the child hurled stones at their vehicles, and is currently “wanted for interrogation.”

Tamimi said the village has been under strict Israeli military measures, and siege, in addition to escalating attacks carried out by fanatic Israeli settlers against the residents, their homes and lands.
“The attacks are ongoing and escalating; the villagers are constantly suffering,” Tamimi said, “We demand international human rights groups to intervene and end this escalating aggression carried out by both the soldiers and settlers.”
On Friday night, several Israeli military vehicles invaded Ramallah at-Tehta area, in the central West Bank city of Ramallah, and clashed with local youth.
Clashes also took place during the day near the Ofer Israeli prison and military base, west of Ramallah. The soldiers fired dozens of gas bombs at local youth, who managed to throw some of the gas bombs back at the soldiers, causing them to suffer the effects of their own tear gas.
Many Palestinians suffered the effects of tear gas inhalation, while one was shot by a live round, the Palestinian TV said.