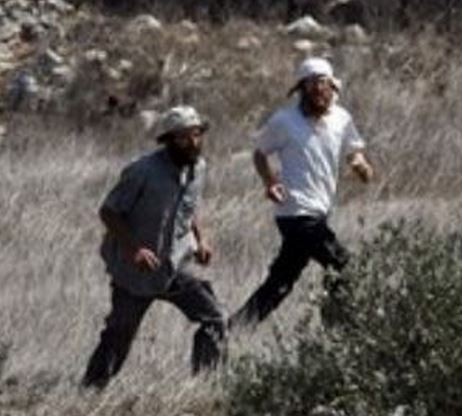 A number of extremist Israeli settlers hurled stones at cars of an American diplomatic delegation who drove along with Israeli police vehicles to an area near the central West Bank city of Ramallah on Friday.The delegation was on its way to inspect vandalism by Israeli settlers that had targeted hundreds of Palestinian olive trees.

The US Embassy did not comment on the attack that took place close to the Adi-Ad illegal Israeli colony, established on privately owned Palestinian lands.

The Israeli Police said the American diplomats did not coordinate the visit with the Israeli authorities beforehand.

The police confirmed that the attackers are from the illegal settlements, and that an investigation is underway; no arrests were made.

According to Reuters, an Israeli settler told its correspondent that the US delegates, in two cars, came within some 50 yards from the settlement, accompanied by Palestinian civilians, and alleged that a member of the delegation also withdrew his weapon.

The settler told the reporter that he and other settlers then began attacking the delegation. But the Israeli police challenged that account, saying that no one from the U.S. delegation had drawn a weapon, and the consular representatives were attacked by the settlers without provocation.

The settlement in question, Adi-Ad, is known as a site of frequent attacks by Israeli settlers against Palestinian civilians.

It was established by armed Israeli militias on stolen Palestinian land, and is now home to 40 Israeli families, who live under the protection of armed Israeli soldiers and militias, and frequently invade the surrounding Palestinian villages to attack the unarmed Palestinian civilians who live there.