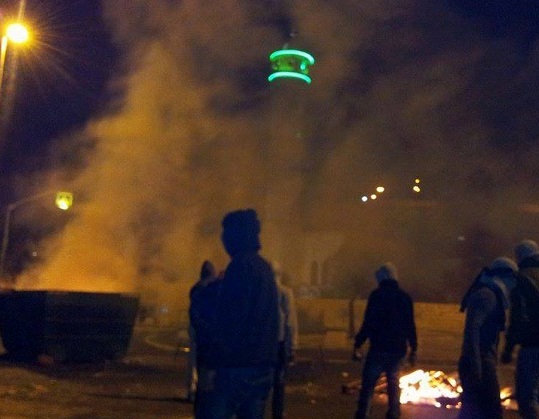 Israeli soldiers invaded on Monday evening, the village of Zabbouba west of the northern West Bank city of Jenin, and Beit Ummar town north of the southern West Bank city of Hebron, and fired gas bombs causing dozens of Palestinians to suffer the effects of tear gas inhalation.The Palestinian News & Info Agency (WAFA) has reported that several military vehicles invaded Zabbouba, and conducted provocative acts in the streets of the village, leading to clashes with local youths.

Spokesperson of the Popular Committee against the Wall and Settlements in Beit Ummar, Mohammad ‘Ayyad ‘Awad, said several army vehicles invaded the town and fired gas bombs at local residents and homes, adding that many Palestinians received treatment for the effects of tear gas inhalation.

He also said that one soldier was mildly injured by a stone in his arm, during clashes with local youths during the invasion.