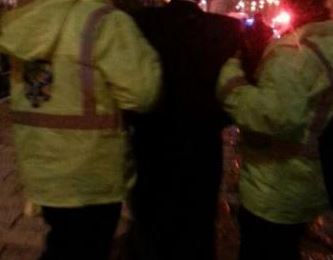 Israeli media sources have reported that an Israeli settler was stabbed in the upper torso, and suffered a moderate injury, in occupied East Jerusalem.The Police said it is searching “for a Palestinian who carries a screwdriver.”

Israeli medics arrived at the scene and moved the wounded 21-year-old Israeli man to Hospital.

Israeli Ynetnews said man is a yeshiva student, and that he was stabbed in the upper torso outside the Damascus guests in the Old City of occupied Jerusalem. The Israeli man also carries a U.S. citizenship.

The Israeli Border Police sealed all roads in the area, and conducted an extensive search campaign for the stabber.

The Police stated the assailant “is believed to be an Arab,” although the police still needs to confirm or deny his identity.