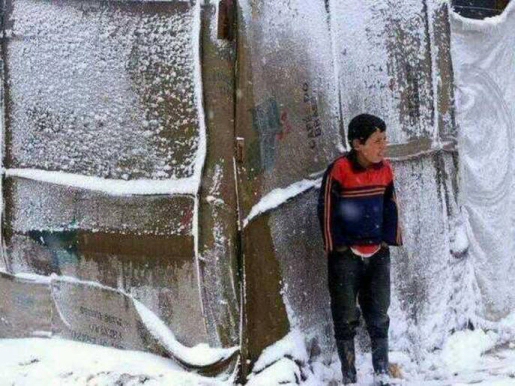 Millions of Palestinians bunkered down at home, this Wednesday, as they faced down the first day of a huge winter storm which has brought a mixture of rain, hail and snow, accompanied by heavy winds crashing into the region this week.According to Ma’an News Agency, Palestinian authorities have announced that all official business will be closed Thursday because of the storm, nicknamed ‘Huda’ in Palestine and Jordan and ‘Zina’ in Lebanon. Officials have urged people to take safety measures in the coming days.

The storm is expected to last until Sunday, bringing snow in higher areas around Jerusalem, Ramallah, and Hebron in the occupied West Bank as well as in northern Israel, while flooding is expected along the coastal plain, including in the Gaza Strip.

Temperatures in the West Bank are expected to hover around freezing both day and night, over the next week.

Already in some areas across the region temporary electricity cuts have been reported, but many fear the worst is yet to come.