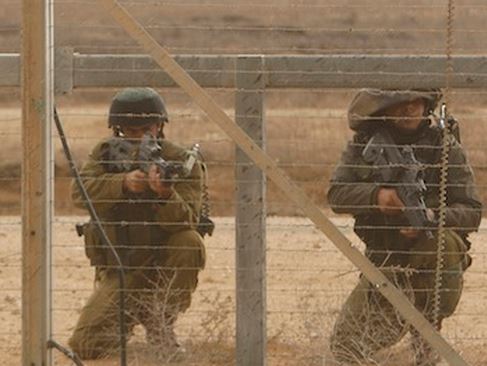 Israeli soldiers, stationed on across the border fence, opened fire on Thursday evening targeting Palestinian homes and lands east of the Khan Younis district, in the southern part of the Gaza Strip.Local sources said soldiers stationed on military towers across the border fence, and on a number of armored vehicles, fired dozens of rounds of live ammunition, and several flares, into border areas.

They said the soldiers opened sporadic fire for more than an hour, while many armored vehicles left the Kissufim military base, and army helicopters hovered the entire area.