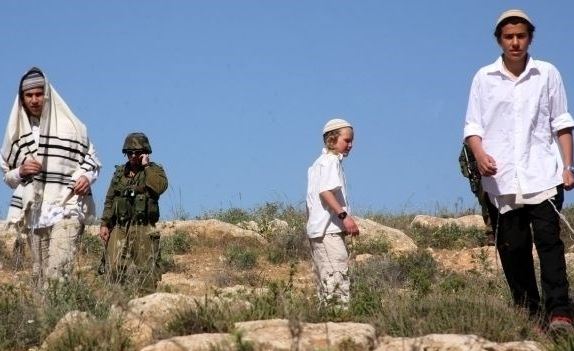 A number of extremist Israeli settlers uprooted, Friday, dozens of olive trees in Palestinian orchards in Masafer Yatta area, south of Hebron, in the southern part of the occupied West Bank.Coordinator of the Popular Committee against the Wall and Settlements in Yatta, Rateb Jabour, said the extremists came from the Yair illegal colony, and invaded orchards in Shu’ab al-Batm area before uprooting more than 45 olive trees.

The trees, planted more than 30 years ago, belong to two brothers identified as Jibreel and Khaled Mohammad Abu ‘Arram.

Jabour denounced the assault, and said Israeli extremists repeatedly target the villagers and their lands, in addition to continued attacks against students and educational facilities, Palestinian homes and property.

He said the attacks are part of Israel’s illegal policies that aim at forcing the Palestinians out of their homes and lands so that Israel can build and expand its illegal colonies in occupied Palestine.