Israeli Settler Opens Fire At A Palestinian Market In Jerusalem 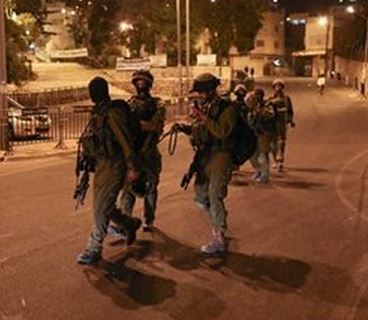 An armed fanatic Israeli settler provocatively entered a Palestinian market, in the Old City of occupied East Jerusalem, started insulting local residents before attacking a young man, and opened fire.Local sources said that the Israeli assailant lives in one of the illegal colonial outposts in the Old City, and that he started walking provocatively in the market, while carrying his government-issued automatic rifle.

He then started shouting and cursing at the Palestinian merchants and residents before assaulting a young man, identified as Anwar Mona, 24 years of age.

The settler also opened fire at the Palestinians in the area, causing no injuries, while Israeli soldiers arrived at the scene, provided protection to the Israeli assailant, and kidnapped Anwar.

The soldiers also installed sudden roadblocks, on Saturday evening, blocking most Gates of the Old City of Jerusalem, especially Bab al-Amoud (Damascus Gate), Bab al-Asbat (Gate of the Tribes) and Bab al-Khalil (Hebron Gate), and prevented the Palestinian from entering or leaving the area for more than 30 minutes.