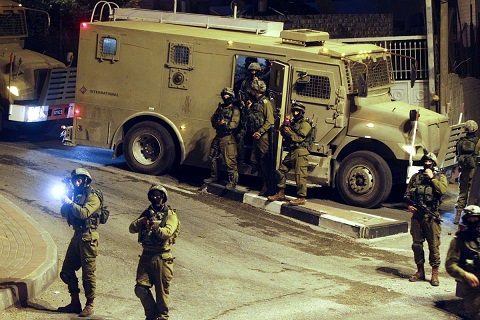 The sources said Ghalyoun was visiting the two brothers when the soldiers invaded their home, and violently searched it.

The military jeeps drove in the two areas before initiating an extensive search campaign, especially in Zahrat al-Fenjan area, and invaded the area of the former Sanour military base.

Coordinator of the Popular Committee against the Wall and Settlements in Hebron Rateb Jabour said dozens of residents suffered the effects of tear gas inhalation after the soldiers fired gas bombs at a number of homes.

Naghneegha was kidnapped by the army in 2013, after the soldiers shot him in the leg, and is suffering from various complications.