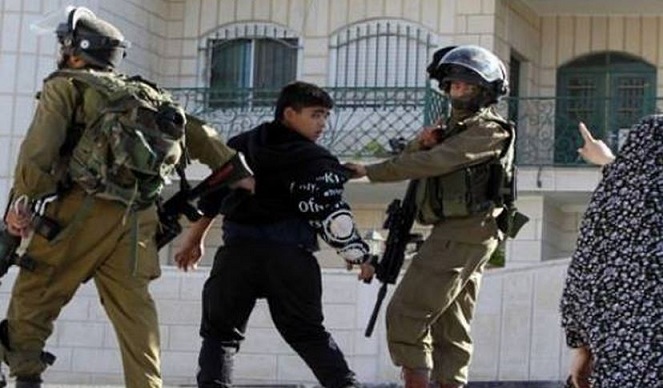 Undercover officers of the Israeli Police kidnapped, on Tuesday before noon, a young Palestinian man while leaving the al-Aqsa Mosque through the Bab al-Silsileh (The Chain Gate), in occupied Jerusalem.Eyewitnesses said the undercover officers kidnapped Mohammad Shawkat al-Khatib, and took him to an interrogation center in the city.

The arrest came after a group of Israeli fanatics invaded the yards of the Mosque through the al-Magharba Gate, while heavily guarded by the police.

The invasion led to a scuffle between local worshipers and the invading fanatics, before the soldiers kidnapped al-Khatib.

It is worth mentioning that al-Khatib was previously kidnapped by the army, and received an order preventing him from entering the mosque; the order expired just two days ago.

In addition, soldiers kidnapped a Palestinian child while walking near the Ibrahimi Mosque in Hebron, in the southern part of the West Bank.