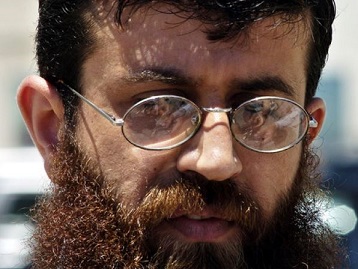 Hunger striking Palestinian detainee Khader ‘Adnan, held by Israel without charges, said he has suspended his strike, that lasted for one week, after a court date has been set for this coming Monday.‘Adnan, from ‘Arraba town southwest of the northern West Bank city of Jenin, started a warning hunger strike a week ago after Israel renewed his detention order, without charges or trial.

His family informed the WAFA Palestinian News Agency, on Tuesday, of their son’s decision to suspend his strike, and said that, should the Israeli court approve the arbitrary Administrative Detention order again, ‘Adnan would then resume his strike.

‘Adnan, 37 years of age decided to hold a hunger strike after Israel slapped a second Administrative Detention order on him.

The detainee held his first hunger strike when he was imprisoned under Administrative Detention in 2012, and was released in April the same year.

He agreed to end his 62-day hunger strike when the Israeli Authorities promised his release.

On July 8 2014, the army kidnapped ‘Adnan and slapped a six-month Administrative Detention on him, and on December 11 2014, the Salem Israeli Military Court ordered his immediate release, but the Israeli prosecution appealed the decision.