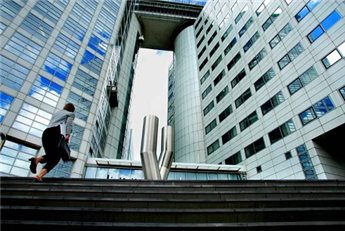 The International Criminal Court’s prosecutor, on Friday, opened an initial probe to see if war crimes have been committed against Palestinians, including during last year’s war on Gaza. ‘Today the prosecutor of the International Criminal Court Fatou Bensouda opened a preliminary examination into the situation in Palestine,’ her office announced in a statement, adding it may lead to a full-blown investigation.

According to AFP, Bensouda said her office would conduct its ‘analysis in full independence and impartiality’.

‘A preliminary examination is not an investigation but a process of examining the information available in order to reach a fully informed determination on whether there is a reasonable basis to proceed with a (full) investigation,’ Bensouda said.

Depending on her findings, Bensouda will decide at a later stage whether to launch or quash the investigation, based on the initial probe.

President Mahmoud Abbas signed requests to join the ICC and 16 other conventions, following the UN Security Council’s failure to adopt a resolution which might have opened channels for full Palestinian statehood.

The US branded the move as ‘counterproductive’, while Israel responded by delaying the transfer of $127 million in taxes it collects on behalf of the Palestinians.

According to the UN, Palestine is slated to join the ICC on April 1st.