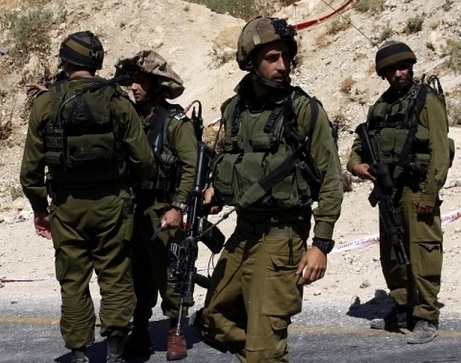 Israeli soldiers invaded, on Friday at dawn, Sanour village south of the northern West Bank city of Jenin, searched and ransacked several homes and stores, and kidnapped one Palestinian; many residents suffered the effects of tear gas inhalation in a nearby village.Local sources said the soldiers invaded the home of Mohammad Safi Walad ‘Ali, 24 years of age, and kidnapped him after violently searching and ransacking his home.

The family said the soldiers stole approximately 23.000 NIS, and several gold items, during the search, and deliberately destroyed furniture and walls, The Palestinian News & Info Agency (WAFA) has reported.

The family told WAFA it filed an official complaint to the Palestinian side of the “District Coordination Office.”

The invasion led to clashes between the invading soldiers and dozens of local youths.

In addition, the soldiers invaded several stores after smashing their doors, and destroyed their property while searching them.