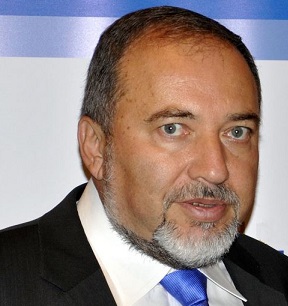 Following the decision of the International Criminal Court (ICC) to launch a preliminary investigation to determine “whether war crimes have been committed” during Israel’s last war Gaza in the summer of 2014, Israeli Foreign Minister Avigdor Lieberman threatened that Israel “would act on dissolving the ICC,’ and considered the decision “provocative.”Lieberman alleged that the ICC decision “only aims at attempting to impact Israel’s ability to defend itself.”

He added that Israel will not cooperate with any investigation, and will act on the international level to dissolve the ICC after describing the decision as hypocritical, and supportive of what he called “terrorism.”

Lieberman also alleged that the decision is an outcome of what he called anti-Israel moves that only aim at “harming Israel and its right to defend itself.”

The Foreign Minister went on to talk about Syria and how the court “failed to intervene,” adding that there is no comparison between the Israeli army, which he called the most moral army in the world, with what he labeled as “terror groups” in Gaza.

He called on his government to officially reject the decision, and refrain from any cooperation with it.

On Friday evening, Lieberman told Israel’s Channel 2 TV that Tel Aviv should act on removing Palestinian President Mahmoud Abbas from his post, and engage in talks with some Arab countries to reach what he called “a peaceful resolution that does not harm Israel’s ability to defend itself.”

Israeli Prime Minister Benjamin Netanyahu was also angered by the decision, and said that the ICC cannot conduct the investigation because “Palestine is not a sovereign state.”

The latest developments came after the ICC prosecutor Fatou Densouda declared she has opened a preliminary investigation of “possible” war crimes committed during the most recent Israeli war on Gaza.

She also vowed an independent and impartial preliminary investigation, adding that the move comes after the Palestinian Authority signed the founding treaty of the ICC in July of last year, and officially recognized its jurisdiction.

During the summer Israeli escalation on the Gaza Strip, the army bombarded dozens of thousands of Palestinian homes and residential towers, hospitals and clinics, UNRWA schools and facilities, media offices and dozens of other civilian facilities, in addition to destroying the infrastructure in the besieged coastal region.

The Ministry of Housing in Gaza recently said the number of homes that have been destroyed, and partially damaged, during the Israeli aggression on the coastal region is close to 124,000.