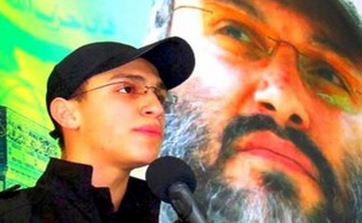 The Israeli air force, on Sunday evening, fired missiles targeting a number of fighters from the Lebanon-based Hezbollah party, in the Syrian bity of al-Qneitra, killing several fighters, including the son of late Hezbollah leader Imad Mughaniya, who was assassinated by Israel in February of 2008.The Hezbollah party, headed by Hasan Nasrallah, said that seven of its fighters, including three senior leaders, were killed by Israeli missiles, and that one of slain has been identified as Jihad Moghaniya.

Israeli Ynet News reported that Major General (res.) Yuav Galant hinted that the assassination, especially the timing of it, was motivated by the upcoming Israeli elections.

This assassination was the breaking point that was followed by the Israeli offensive on the Gaza Strip, dubbed by Tel Aviv as “Pillar Of Defense.”

He said the move took place as Israel was preparing for general election and, although the army had many previous opportunities to kill him, they did not do so due to timing considerations.

He was serving as general commander of the Southern Command of the Israeli military, prior to the assassination.

The Israeli army claims that the fighters were killed, allegedly, “while planning to attack Israel”.

The assassination comes but a few days after the Hezbollah leader denounced the repeated Israeli strikes against Syria as an ongoing aggression, and that his party, fighting in Syria in cooperation with the Syrian army, has the right to retaliate.

Israeli TV Channel 2 reported, Sunday evening, that Israel believes Hezbollah will retaliate for the assassination, and that the army has stepped-up its readiness in the northern region, close to the border with Syria and Lebanon.

The army estimates that Hezbollah fighters will likely fires mortar shells, and other types of missiles and, at the time of this publication, Israel has reportedly deployed its Iron Dome missile intercepting system in the region..

Although Israel did not officially claim the assassination, Israel Defense Minister Moshe Ya’alon told Israeli radio that “if Hezbollah says its men were killed in the attack, then let them explain to us what were they doing in Syria to start with”.

Meanwhile, Arabs48 news website also reported that, according to an Israeli security official, the air force targeted fighters in the Al-Qneitra area, allegedly, as they were “planning to attack Israel”.

Syrian sources said that an Israeli drone fired two missiles which led to the death of the Hezbollah fighters.

The area of al-Qneitra is the site of fierce battles between the Syrian army and different armed groups, including fighters affiliated with al-Qaeda.

It is worth mentioning that Imad Moghaniya was assassinated in Damascus, in 2008, and was regarded as one of the most sought fighters by Israel and the United States, for attacks against Israeli and other targets.

The Israeli army is responsible for numerous strikes targeting Syria, including several against military centers and scientific research facilities, leading to dozens of casualties.