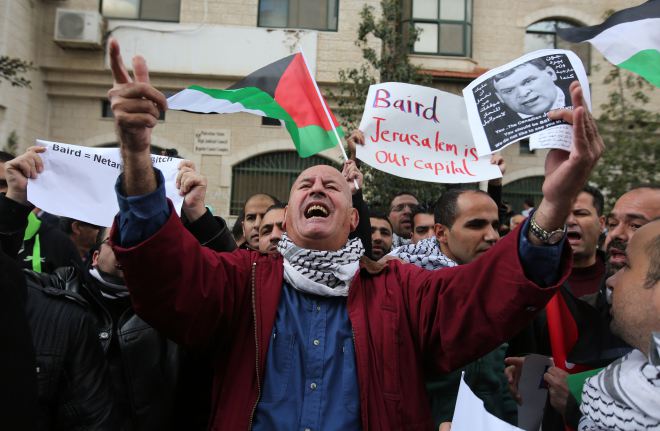 Earlier in the day Baird had met with Israeli President Reuven Rivlin where he issued a statement reiterating Canada’s support of Israel. In his statement he said, ‘Canada strongly supports Israel’s right to defend itself by itself and its right to live in peace with its neighbors. Canada will fight any efforts internationally to delegitimize the State of Israel, including the disturbing Boycott, Divestment and Sanctions (BDS) Movement.’

In response to FM Baird’s comments Sunday, Palestinian Chief Negotiator Saeb Erekat released a statement to the press charging Canada with standing ‘on the wrong side of history by blindly supporting the Israeli occupation and its apartheid policies.’

Canada’s foreign policy which supports Israel’s occupation of the Palestinian Territories, including East Jerusalem, has placed Canada in a negative light among Palestinians and other Arabs. Baird has stated that the Palestinian bid for statehood at the UN was unilateral and counterproductive. Canada also opposes the recent accession of Palestine into the International Criminal Court.