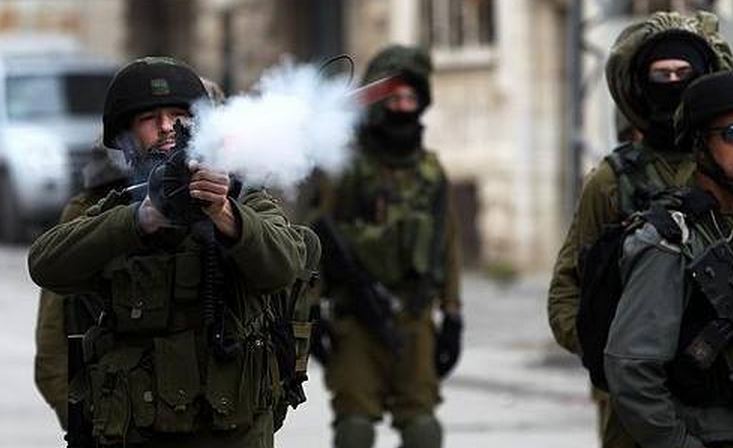 WAFA said the soldiers ransacked dozens of homes in the two refugee camps while searching them, interrogated families, and detonated the main door of one of the raided homes, belonging to former political prisoner, Bashir Hashash.

It added that some of the invaded homes belong to Palestinian security and police officers.

In addition, soldiers invaded Doura and Beit Ummar town, and the al-‘Arroub refugee camp, in Hebron, and kidnapped six Palestinians after breaking into their homes and violently searching them.

The Popular Committee against the Wall and Settlements in Beit Ummar said the soldiers also kidnapped Qssam Ahmad Abu Hashem, 21, after searching and ransacking his home.

His father is a political prisoner, currently held by Israel under arbitrary Administrative Detention orders, without charges or trial.

In addition, soldiers kidnapped a Palestinian journalist, identified as ‘Ala at-Teety, who works for the al-Aqsa Satellite TV station and news agency.

Eyewitnesses said the clashes took place after the soldiers invaded many homes, and interrogated family members, while ransacking their properties.