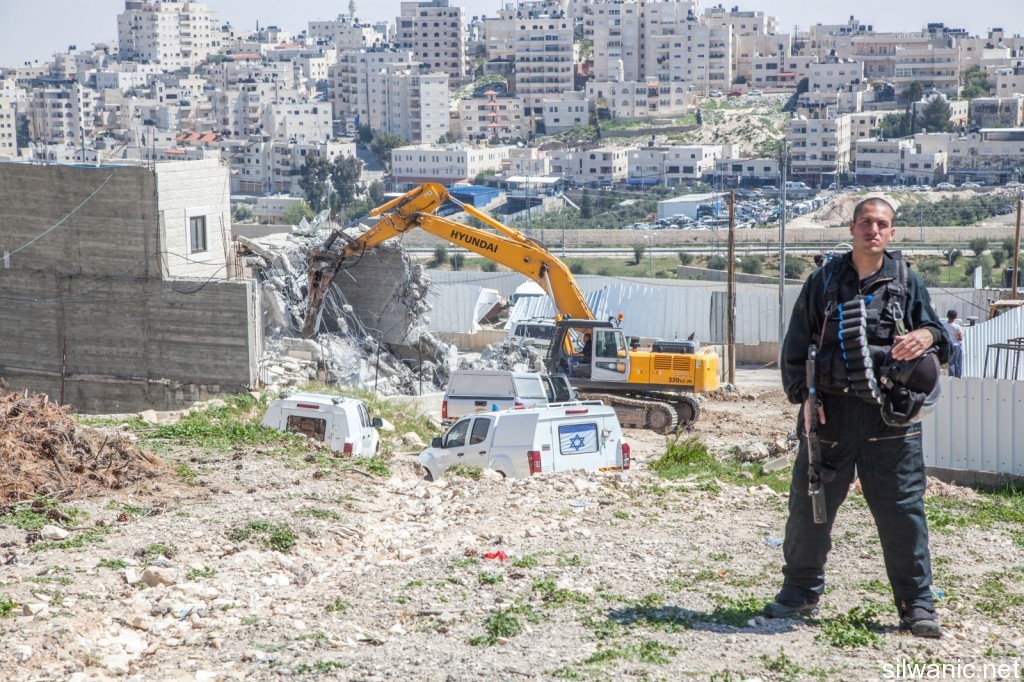 Several Israeli military and police vehicles, accompanied by a number of bulldozers, invaded Jabal al-Mokabber town, south of occupied East Jerusalem, and demolished a Palestinian home after surrounding it.The Wadi Hilweh Information Center in Silwan (Silwanic) has reported that the soldiers surrounded the home of resident ‘Oleyyan Rabay’a, in the as-Sal’a neighborhood, before storming it.

The soldiers then demolished the home, under the pretext of “being built without a construction permit,” despite the family’s constant efforts to obtain all legal documents, and the heavy fines imposed on them.

Silwanic said the soldiers have repeatedly invaded the home, and ransacked its furniture, over the last few months.

The home is comprised of three bedrooms, several bathrooms and a kitchen; the family was in the process of fully furnishing their property, but were constantly interrupted by ongoing invasions by the army and the City Council.

The family received the official demolition order only two days ago, on January 19, and were still initiating legal measures to challenge it. They said Rabay’a was planning to live in his home after his upcoming wedding.

Israel also wants to demolish two more homes, belonging to the family of Jalal Raba’ya, while the City Council will be holding a session on Friday to make a final decision.

The Jabal al-Mokabber Land Defense Committee, local figures and several popular groups, called for a protest in front of the Israeli Supreme Court, denouncing Israel’s illegal policies of home demolitions in an attempt to push the Palestinians to leave.

Head of the Committee, Suleiman Abu Shqeirat, said Israel issued 150 demolition orders against the Palestinians in Jabal al-Mokabber alone, adding that the City Council’s over exaggerated measures, and high fees, are making it impossible for the Palestinians to obtain construction permits.