Fateh: If Two-State Solution Fails, We’ll Push for One State 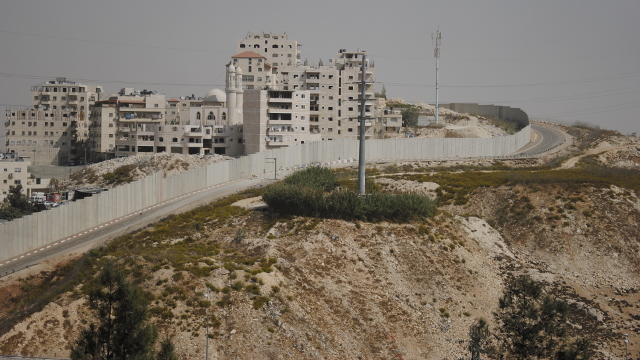 If the two state solution for the Israeli-Palestinian conflict fails to materialise, the Palestinian Authority will push for a one-state solution, according to a leading figure in the ruling Fateh party.Dimitri Diliani, member of the Fateh Revolutionary Council, said in an interview with the Alternative Information Center that such a one state solution would be democratic, involving “one person, one vote” and not be some form of a binational state.

Diliani added that the PA plan to push for a UN Security Council resolution concerning an end to the Israeli occupation would effectively pressure Israelis to elect a government serious about reaching peace as partners with the Palestinians. This partnership is crucial and would replace the model of Benjamin Netanyahu, in which the Palestinians are slaves to their Israeli masters.

Speaking about the situation in Jerusalem, Diliani acknowledged there is a percetion that the PA is not doing enough to challenge Israel’s ongoing occupation of East Jerusalem. Although noting that the PA can only work indirectly in the city in accordance with the Oslo Accords, the biggest impediment he cited is financial; Israel’s budget for building settlements in East Jerusalem and Judaising the city is larger than the entire budget of the PA as a whole.

This massive discrepency in resources can be offset, according to Diliani, by removing the issue from its economic and security aspects and grounding it firmly in resistance.

Diliani stressed that Netanyahu wishes to drag the Palestinians from their current peaceful protests into violence in order to help his bid in Israel’s March elections. The Palestinians refuse to be dragged into violence, Diliani says, adding that the resistance strategy in Jerusalem rests on four pillars: mobilise Palestinian population through non-violent activities; strengthen local and international awareness through the media, including that of Israelis since their government is committing crimes in their name; submit court petitions and take advantage of loopholes in order to buy time; and public diplomacy, with its attendant transfer of knowledge and experience.