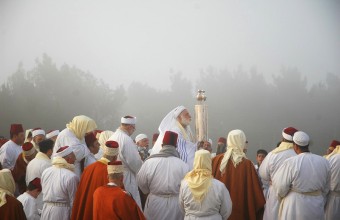 According to Haaretz, the head of the Israeli army’s Central Command, Nitzan Alon, has appointed an officer to investigate how West Bank Civil Administration turned over lands worth millions of shekels to the Samaria Development Company, despite an explicit order not to do so.2,400 dunams of West Bank Palestinian land were slated to become an industrial park, just across the Green Line from Rosh Ha’ayin settlement, in the northern occupied West Bank.

PNN reports that the park’s establishment has been delayed for years by a three-way dispute between the Samaria Regional Council and the Elkana and Oranit settlements, over control of the highly valued property. Whichever locality controls it will get tens of millions of shekels in development fees and municipal taxes.

Israeli sources claim that Alon had no intention to transfer the land, and will open a probe to find out who signed the documents transferring responsibility for planning to the Samaria Development Company.

Essentially, this means land worth millions of shekels was allocated without a tender and, allegedly, behind Alon’s back.

Alon reportedly discovered the land allocation by chance and decided to appoint Colonel Uri Mendes to investigate how it happened. The investigation is still in progress, but Haaretz has learned that Defense Ministry officials were apparently involved in the allocation.