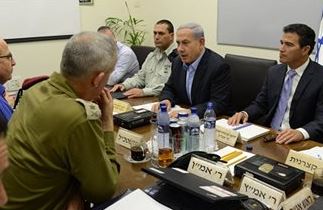 Following the Wednesday attack on Israeli soldiers on the Lebanese border, Israeli Prime Minister Benjamin Netanyahu convened in Tel Aviv with senior Israeli military and security commander to discuss the “Israeli Response.’Netanyahu said Israel will respond to the death of two of its soldiers, who were killed in a Hezbollah attack while patrolling the Israeli-occupied Lebanese Shebaa Farms.

“Whoever is behind this attack will pay the price,” Netanyahu said, “Iran, through Hezbollah Party in Lebanon, has been trying to set up a terrorist front against Israel in the Golan Heights…”

He also said that Tel Aviv holds the Lebanese Government and Syria’s President Bashar Assad responsible for the attack, and for its consequences.

The Israeli Prime Minister vowed retaliation, and said Israel will “defend itself by all means.”

Prior to the meeting, the Israeli army bombarded several targets in southern Lebanon with at least 25 artillery shells, killing a UNIFIL soldier. (United Nations Interim Force In Lebanon.)

Hezbollah party also said it retaliated by firing shells into Israeli areas close to the border, while Israel said that a house in the Ghajar village was burnt when shells struck it.

Israel said more shells were fired into the Hermon region in the afternoon hours, Wednesday, and that Hezbollah fighters targeted an Israeli army vehicle with an anti-tank missile, near the Lebanese border.

The latest escalation came after Israel bombarded, on Tuesday, a number of Syrian army posts; allegedly after rockets were fired into the occupied Golan Heights.

Hezbollah and Iranian official said the attack on the Israeli army vehicles was in response to the death of Iranian Revolutionary Guard Gen. Mohammad Allahdadi, and six senior Hezbollah fighters, killed in an Israeli Air Strike on January 18.

One of the slain fighters was the Jihad Moghaniya, the son of late Hezbollah leader Imad Mughaniya, who was assassinated by the Israeli army in February of 2008.

Hezbollah officials held a meeting Wednesday and confirmed that one of the party’s groups targeted the Israeli military vehicles, approximately at 11:25 before noon, while operating in the occupied Shebaa farms.

Israel Informs Security Council “It Will Defend Itself” 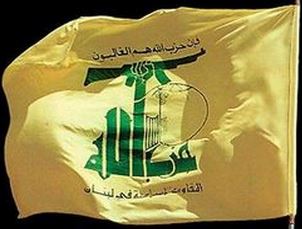