Israel Informs Security Council “It Will Defend Itself” 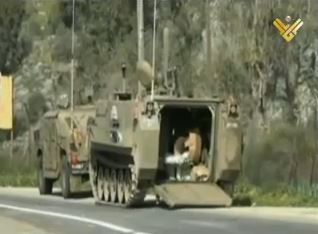 “Israel will not tolerate any attack on its soil,” the Israeli official said, “We will defend ourselves, and will conduct all needed measures to do so.”

Israeli daily, Haaretz, said Member of Knesset Tzipi Livni toured the border area with senior army commanders and said, “Israel will respond harshly to the Hezbollah attack that led to the death of two Israeli soldiers.”

Livni, the leader of Hatnuah Party in Israel, also said during her tour that the Israeli-occupied Syrian Golan Heights ‘are not open for negotiations, and will always be part of Israel.’

She added that all parties involved in the attack, whether it is Iran acting in proxy through Hezbollah party in Lebanon, the Syrians, or any other party, “must understand that any attack on Israeli soldiers or civilians will be met with a harsh and decisive retaliation.

Head of the Meretz Part Zahava Gal-On said should Israel be impulsive in its reactions, similar to previous experiences; it could drag the area into a renewed and escalated confrontation.

She urged the government of Benjamin Netanyahu to act on calming the situation through diplomacy, adding that Tel Aviv has bitter past bitter experiences with Israeli military escalation prior to elections in the country.

Gal-On strongly criticized Netanyahu’s statement in reaction to the Hezbollah attack in which he said that “those who challenge Israel on the northern border should learn from what happened in Gaza.”

Gal-On stated that trying to drag Israel into an unnecessary new war with Lebanon is “the last thing Tel Aviv needs,” and that it is not in anybody’s interest to engage in a third Lebanon war, Haaretz said.

It is worth mentioning that the Israeli army fired several shells into southern Lebanon, while Lebanese sources confirmed the military fired more than 25 shells into the country, killing a UNIFIL soldier.