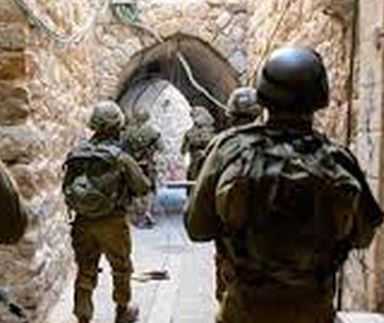 Palestinian medical sources have reported that several residents suffered the effects of tear gas inhalation, on Wednesday evening, after Israeli soldiers invaded Burqin town, southwest of the northern West Bank city of Jenin. The sources said local medics provided treatment to the wounded Palestinians, and that none of them required further treatment.

The invasion was carried out by several military vehicles that provocatively drove around in the streets of the village, leading to clashes with local youths who hurled stones and empty bottles at them. The soldiers fired rubber-coated metal bullets, and a number of gas bombs.

In related news, soldiers opened fire on Palestinian farmers in their own lands, east of Khan Younis, in the southern part of the Gaza Strip.

Eyewitnesses, said soldiers stationed across the border fence fired bursts of live rounds while the farmers were planting their lands; the attack did not cause any injuries, but the farmers were forced out of their lands. http://www.imemc.org/article/70477