Bethany Beyond the Jordan, Palestine and Israel’s Policy of Apartheid 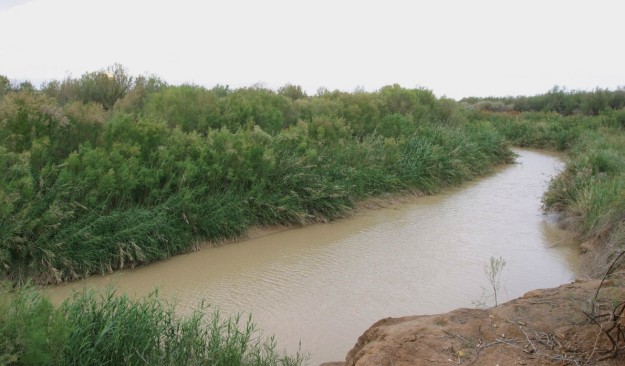 Near Madaba, Jordan, and connected to the Jordan River, is Bethany Beyond the Jordan (Al-Maghtas in Arabic). It is a bustling attraction constantly inundated with tourists: those who come every January for the Epiphany/Theophany celebrations, those who desire to glance at the site where Jesus was baptized by John the Baptist, or where Saint Mary the Egyptian traveled after her conversion, and where the Elijah ascended to heaven in a flaming chariot. A preponderance of Byzantine and Roman artifacts saturate the locale and highlight its historical significance.The Experience of Bethany Beyond the Jordan: “We will return to Palestine!”

The religious history of Bethany Beyond Jordan is an over-emphasized theme that tends to neglect the personal experience of this secluded location. It is an alluring wilderness comprised of beautiful thick lush trees and rich green bushes. Each step down the dirt trails, lined with fresh water streams, rejuvenates my youth. These winding trails lead to magnificent agape spaces that engender gleeful astonishment. The sight of the inhabitable caves highlight the humble reclusiveness of their prior venerable occupants. A Greek Orthodox church escalates childhood curiosity in consequence of a single tiny glass casing inside where unidentified bones and a skull rest. Jesus’ baptismal place is a remote quiescence surrounded by towering trees and stone steps, marked with loose bricks, that descend into a glossy pool.

The entire area is akin to the origin of fresh air, innocence and purity. One cannot escape the palpable recognition of why this place was chosen. It is a perfect refuge from the dangers and superficial judgments of the world, a foundation to focus on life’s purpose. The indelible emotion of sincere humility strikes me like a lightning bolt deep in my heart. I feel closer to Jesus, John the Baptist, and God. Then I tragically arrive at one scene.

At the Jordan River, a chain bifurcates two sides: one for Israelis and the other for Jordanians. Tourists from the different sides immerse in the same river with on-looking armed soldiers. I quickly recollect that before the 1994 Treaty between both nations, this geographical host of the prophets was a minefield. And there still exists apartheid in Israel. I cannot restrain my rage and quickly point at one tourist while I loudly declare “we will return to Palestine,” to his astonished blank stare. There are subtle nervous jerks of the frenetic armed men across from me who witnessed my proclamation.

The Jordan River is not the sole tragedy of Israel’s emetic nationalism. Israel has barefacedly increased demolitions of Palestinian homes by over 50 percent in East Jerusalem since 2011. Israel still denies the right of return to Palestinian refugees who reside in nations that buckle her borders: one of the largest refugee populations in the world. Israel also imposes unannounced curfews that prevent Muslims younger than 50 years old, the majority of Palestinians, from praying at the Al Aqsa mosque. Israeli authorities feign incompetence as Jewish settlers sporadically attack Palestinians (97 percent of criminal charges against Israeli-settler violence result in no prosecution, according to Yesh Dinn). In contrast, according to Israel’s Central Bureau of statistics from 2014, 66 percent of juvenile convictions against Palestinians are for ambiguous acts against the “security of the state and public order.”

In February 2014, Israel passed a law that forcefully segregates Christians from Muslims.