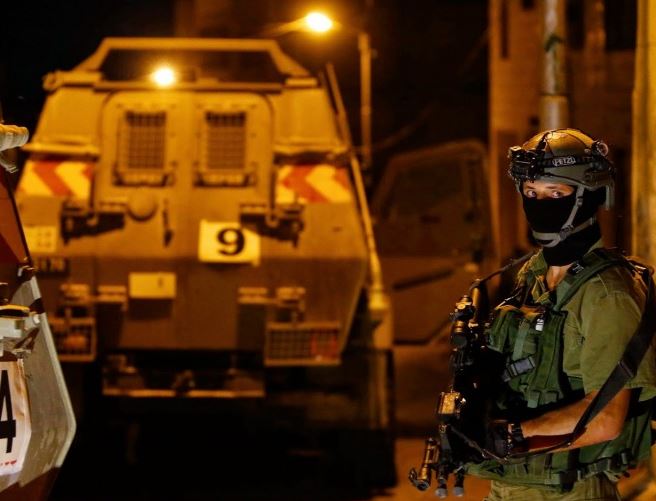 Israeli soldiers invaded, on Friday at dawn, a number of Palestinian villages and towns, in the northern West Bank district of Jenin, stormed homes and a local club, and violently searched them.Several military vehicles invaded the at-Tayba village, west of Jenin, stormed a local club before holding dozens of residents for several hours, and searched the place while inspecting the ID cards of the residents and interrogating them.

Soldiers also invaded Rommana and Zabbouba nearby towns, and fired concussion grenades. Clashes took place between the invading soldiers and local youths who threw stones at them.

In addition, soldiers invaded Ta’nak town, and installed a roadblock on its main entrances, before stopping and searching dozens of cars.

On Thursday at dawn, many residents suffered the effects of tear gas inhalation during clashes with Israeli soldiers invading Zabbouba town, near Jenin. http://www.imemc.org/article/70555

State of Emergency extended in Lod; Palestinians March through Downtown