Federation of Arab Journalists Backs Pursuit of Israel in the ICC 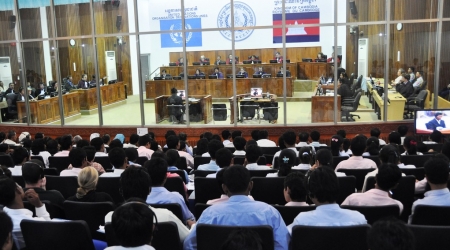 The Federation of Arab Journalists has adopted the decision of filing suit, in the International Criminal Court, against Israel and its crimes committed against Palestinian journalists.The federation called, previously, to file a suit against Israeli war crimes at the ICC, at a session held in Tangier over a two day period, called ‘The Fallen Palestinian Journalists’. A photo gallery was also displayed, in conjunction with the session, with a focus on Israeli violations against Palestinian journalists and occupied Jerusalem.

According to Al Ray Palestinian Media Agency, FAJ stressed its support for the Palestinian cause and those facing the Israeli war machine, denouncing the barbaric and continuous aggression against the Palestinian people.

The federation called on the Arab and Islamic community to unite their efforts in confronting Israeli plans to Judaize Jerusalem and rebuild the claimed temple over al-Aqsa mosque.

It also confirmed support for the boycott of Israeli occupation, committing to the policy which refuses the normalization with Israel.