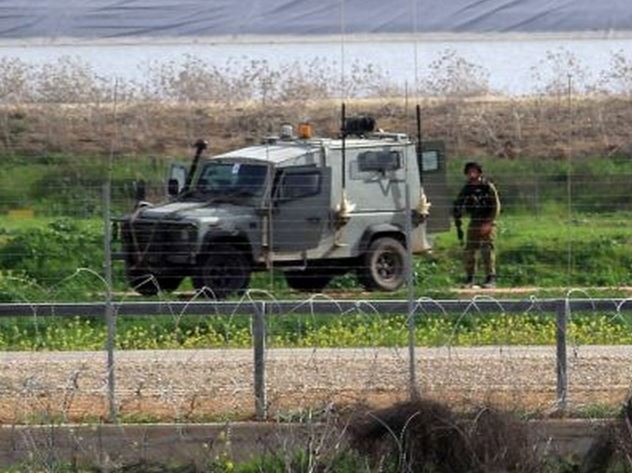 Israeli soldiers, stationed across the border fence on the eastern border with Gaza city, fired on Tuesday morning rounds of live ammunition, and one shell, targeting a number of farmlands and homes.The Palestinian News & Info Agency (WAFA) said the soldiers, and armored vehicles, fired dozens of rounds of live ammunition, and a tank shell, hitting farmlands and homes, causing property damage but no injuries.

Earlier on Tuesday, the soldiers claimed a mortar shell, allegedly fired from Gaza, landed and exploded near the border fence, east of Rafah, in the southern part of the Gaza Strip.

Israeli soldiers conduct daily violations and assaults against the Palestinians and their lands in different parts of the Gaza Strip, especially in areas close to the border fence in the northern and eastern parts of the coastal region.

The violations include frequent assaults against Palestinian fishers and their boats in Gaza territorial waters, and even on the shore.