PCHR Concerned over Increasing Incidents of Chaos in the Gaza Strip 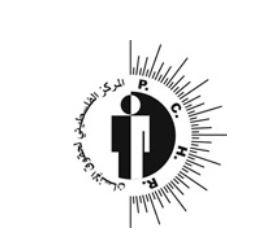 The Palestinian Centre for Human Rights (PCHR) is concerned over the series of incidents of security chaos and assaults on the rule of law that have recently occurred in the Gaza Strip. The latest of these attacks was firing at a leader in Fatah movement, which resulted in wounding two of his bodyguards. PCHR calls upon the concerned authorities to open serious investigations in these attacks and bring the perpetrators before justice.

According to investigations conducted by PCHR, at approximately 10:30 on Monday, 16 February 2015, unknown persons traveling in a civilian white Subaru car opened fire at a car belonging to Ma’moun Ibrahim Mahmoud Swaidan (43), who is responsible for the international relations in Fatah movement in the Gaza Strip. Swaidan’s car was parked in front of al-Sa’adah (1) building in Tal al-Hawa housing project in Gaza City.

As a result of the attack, two of Swaidan’s bodyguards were wounded and taken to Shifa Hospital in Gaza, where their wounds was described as moderate to minor. Thirty-one-year-old Yasser ‘Alian sustained superficial shrapnel wounds to the head, and 25-year-old Salamah ‘Aweidat sustained shrapnel wounds to the right foot. The Palestinian police arrived at the scene and opened an investigation into the attack.

In a separate attack, at approximately 00:45 on the day, unknown persons set fire to a car belonging to lieutenant colonel Ramdan Sa’id Ramadan al-Na’ouq (37), from al-Nozhah Street in Jabalia in the northern Gaza Strip, Director of the Planning and Development Unit at the Administration and Organization facility in the Ministry of Interior and National Security in the Gaza Strip, while his car was parked in front of his house. As a result, the car was completely burnt, but no injuries were reported.

At approximately 20:50 on Sunday, 15 February 2015, an explosive device exploded in front of a house belonging to Khalil Hasan al-Jreisi (55), a retired officer in the Palestinian police from al-Maghazi refugee camp. Neither damage nor injuries were reported. The police arrived at the scene and conducted an investigation.

At approximately 18:30 on the same day, unknown persons set fire to a car belonging to ‘Abdel Men’em al-Tahrawi (44), Project Manager at the Palestinian Centre for Democracy and Conflict Resolution (PCDCR), while his car was parked in front of his house in the west of al-Nussairat refugee camp. The Palestinian police arrived at the scene and conducted an investigation into the incident. Al-Tahrawi stated to PCHR that he heard screaming under the building where he lives in and then saw from the window his car on fire. He immediately went downstairs and tried with young men to extinguish fire, but they could not. The police arrived at the scene and opened an investigation into the attack. It should be noted that al-Tahrawi did not accuse anyone.

PCHR condemns these assaults and:
1. Emphasizes that these crimes constitute an assault of the rule of law and continuation of the state of security chaos prevailing in the occupied Palestinian territories that has recently escalated in the Gaza Strip, and
2. Calls upon the Attorney General’s office to seriously investigate these attacks and bring the perpetrators before justice.