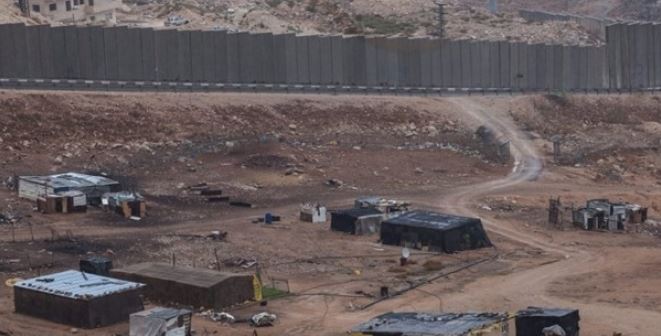 The “Construction and Planning Committee” of the Jerusalem City Council approved, Wednesday, a plan that would displace 120 Bedouins, and grazing lands, to that it can establish a new trash dumping landfill on around 500 Dunams of Palestinian lands.The new landfill is planned to be constructed near the eastern entrance of occupied Jerusalem, on nearly 520 Dunams (128.49 Acres) of privately owned Palestinian lands that Israel intends to illegally annex.

Israeli daily Haaretz said the plan would lead to a large-scale confiscation of Palestinian lands in Shu’fat and al-‘Isawiyya neighborhoods of occupied East Jerusalem, and that 120 Bedouin Palestinians, living in the area, will be displaced.

The new trash-dumping zone would also affect residential communities of the Palestinians in other east Jerusalem neighborhoods and communities, especially due to noise, dust and contamination.

The Jerusalem City Council Planning and Construction Committee and the “Israel Land Authority” have approved the plan that would be implemented near an old street that used to lead to Ma’aleh Adumim settlement bloc.

The waste that would be brought to the new grounds is largely construction waste, and trash, from all over Jerusalem over the coming twenty years.

According to Haaretz, once the site is full; it will be readied for a new park that would be constructed on top of the landfill.

Representing the Abu Khdeir family in Shu’fat, lawyer Sami Ersheid said this is the first time since twenty years that Israel conducts this massive confiscation of lands in the area.

“This is a very dangerous plan, the lands that would be taken away are privately owned by the Palestinians,” lawyer Ersheid said.

In addition, the park that would in twenty years be built according to the plan, will only serve Jewish settlers and Israelis as the Israeli Annexation Wall blocks it from Shu’fat refugee camp, and other Palestinian neighborhoods and communities, mainly Ras Shehada and Ras Khamis neighborhood.

Furthermore, Haaretz said the an Israeli nonprofit organization named “Planners for Planning Rights (Bimkom), objected on behalf of Rash Shehada residents and said that the plan would create the trash dumping grounds only a few dozen meters away from Palestinian homes.