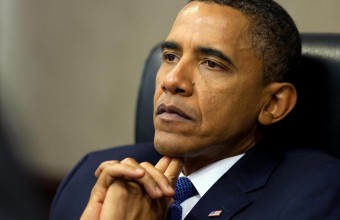 As a reaction to the highly unanticipated speech of Israeli Prime Minister Benjamin Netanyahu to Congress, next month, the White House is reportedly planning a series of procedures in reaction to the unwelcome visit.A source in the White House reported to the Associated Press that one of the possible procedures being considered is a boycott of the pro-Israel lobby, AIPAC, which is holding its annual meeting while Netanyahu is in Washington.

The procedures, PNN reports, could also involve a presidential interview with a prominent journalist known for coverage of the rift between Obama and Netanyahu, and multiple Sunday show television appearances by senior national security officials to talk about the US stance on Iran’s nuclear program.

The White House is also considering stiff strategies, including dispatching Cabinet members out of the country and sending a lower-ranking official to represent the administration at the annual policy conference of the American Israel Public Affairs Committee.

Netanyahu’s plan for a March 3 address to a joint meeting of Congress has further strained already tense ties between the US and Israel. Congressional Republicans orchestrated Netanyahu’s visit without consulting the White House or State Department, a move the Obama administration blasted as a break in diplomatic protocol. Some Democratic lawmakers say they will boycott the speech.

Iranian and American Foreign Ministers Mohammad Jawad Thareef and John Kerry will join the meeting in Geneva, on Sunday.