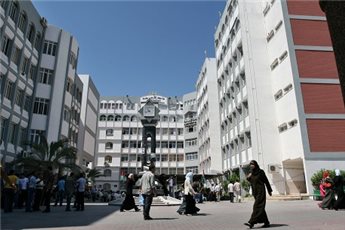 Gaza police, on Friday, arrested two individuals who allegedly planted an explosive device in front of the al-Quds Open University, in the northern Gaza Strip.According to Ma’an News Agency, spokesperson for the Ministry of the Interior in the Gaza Strip said, in a statement, that the police captured two students who planted an explosive device at the gate of al-Quds Open University, early Friday.

Iyad al-Bazm said that the incident came after a dispute with the administration of the university.

Gaza has been rocked by a series of violent incidents in recent months, the majority involving attacks on the property of Fatah officials in the Hamas-dominated region.

Friday’s incident at Al-Quds University, however, appeared to be an isolated incident.

See also: PCHR Concerned over Increasing Incidents of Chaos in the Gaza Strip