Shaath: “We Will Appeal US Court Decision, Head To ICC” 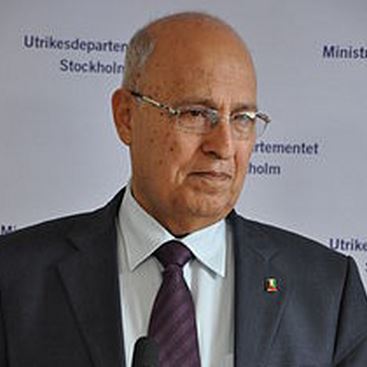 Nabil Shaath, member of the Executive Committee of the Fateh movement of President Mahmoud Abbas, said the Palestinian National Authority (P.N.A) and the Palestinian Liberation Organization (PLO), intend to appeal a ruling made by a US Court, and said the Palestinians will head to the International Criminal Court (ICC).Shaath said that the Manhattan Federal Court, which held the P.N.A (P.A.) and the PLO liable for what it called Palestinian attacks, in six bombings and shooting incidents that took place between the years 2002 and 2004, made a politically motivated, baseless ruling.

He added that the U.S. court has no jurisdiction, or legal stand, to be looking in such cases, and said if the plaintiffs really had a case against the PLO and the P.A, they would have headed to the International Criminal Court, (ICC) instead of suing them in an American court that has no jurisdiction.

Talking to the Al-Ghad Al Arabi newspaper, Shaath said the Palestinian National Authority, and the Palestinian Liberation Organization, have decided to head to the International Criminal Court to counter this outrageous ruling, and to bring charges against Israel for committing war crimes against the Palestinian people.

He added that the P.N.A, and the PLO would have also filed charges in U.S. courts, but the U.S. legal system does not recognize them.

The ruling against the P.A. and the PLO, known as “Sokolow VS PLO case,’ was made by a 12-member jury in the Manhattan Federal Court, who held the PLO and the PNA liable for six bombings and shooting incidents that took place between the years 2002 and 2004 in Jerusalem.

The ruling orders the PLO to pay $218.5 Million to “victims killed in attacks more than a decade ago.”