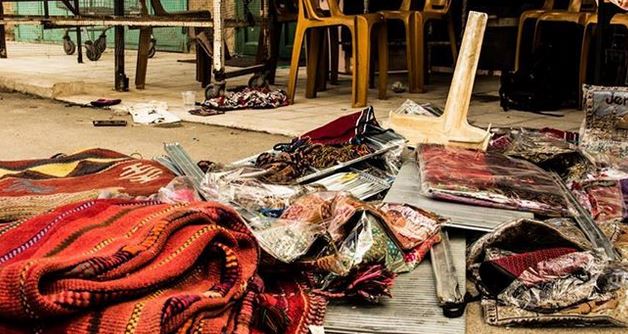 A group of approximately 20 Israeli colonizers, illegally squatting in Hebron city, in the southern part of the occupied West Bank, attacked on Wednesday a Palestinian shop causing excessive property damage. Soldiers kidnapped the shop owner and his neighbor.The Hebron Defense Committee has reported that the Israeli attackers, headed by extremist right-winger Baruch Marzel, who lives in Tal Romeida illegal outpost, invaded a shop, belonging to resident Abdulraouf al-Mohtaseb, causing excessive damage to many goods, especially those displayed outside his store.

The Committee said Israeli officers, and soldiers, were standing just a few meters away from the store, but did not even attempt to intervene and remove the assailants.

Instead, the soldiers kidnapped Abdulraouf and one of his neighbors, while trying to file a complaint against the fanatic Israeli assailants.

The attack came amidst a provocative tour by Marzel and his followers, in addition to some journalist covering Marzel’s campaign for the upcoming Knesset election.

The Hebron Defense Committee stated that Marzel seems to be trying to run his campaign on a platform of hatred towards the Palestinians.