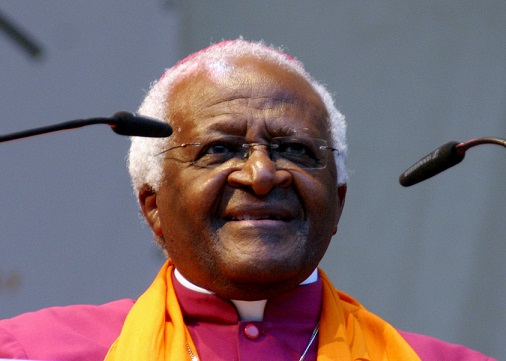 In a meeting with the Palestine Embassy in South Africa and the Palestinian media delegation participating in the Israeli Apartheid Week, Tutu said, “We support Israel’s rights to exist, but at the same time we denounce the ongoing Israeli violations, its rejection to recognize the legitimate Palestinian rights, and its repeated wars on the Palestinians, where innocent civilians end up paying a heavy price.”

Archbishop Tutu also denounced Israel’s persistence to force the Palestinians to recognize it as a Jewish State, slammed the attempts to hold Islam and all Muslims responsible for terrorist groups such as al-Qaeda and ISIS, and said such parallels are not different from trying to hold all Christians responsible for the crimes the Ku Klux Klan committed.

“Those who founded, and maintained, the apartheid regime in South Africa weren’t Muslims,” he added, “The current stage requires us to have more faith, to be wiser – we must be in full solidarity with the Palestinian people, supporting their legitimate struggle for freedom and independence.”

—
Israeli Apartheid Week (IAW) is an annual international series of events (including rallies, protests, lectures, cultural performances, concerts, films and workshops) held in over 250 cities, communities and campuses across the globe. It is endorsed in South Africa by more than 75 organizations, trade unions, political parties and other groups.