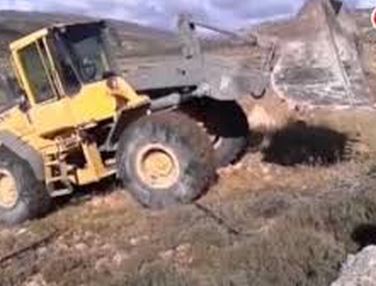 Ghazal added that the lands belong to residents from Sa’ir town, near Hebron, and the Bethlehem family of ‘Obeyyat.

The official said Israel is trying to illegally confiscate the Palestinian lands to build factories that belong to nearby illegal colonies, adding that the Israeli plan would isolate the village from its surrounding Palestinian areas.

Kisan has been subject to repeated Israeli military invasions that included uprooting farmlands, home invasions and arrests, in addition to destruction of homes and other property.