Three Injured During Clashes In Nablus 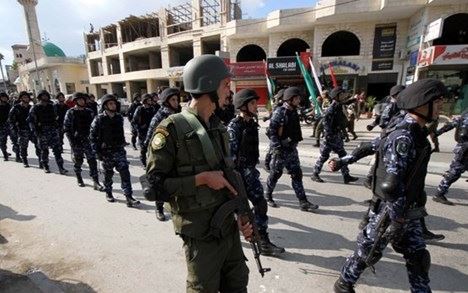 They added that two young men have been shot, and mildly injured, during the clashes, and that the targeted gunman also suffered a minor injury, but managed to escape.

In addition, a number of Palestinians burnt tires on the entrances of the camp, in an attempt to prevent the officers from advancing, before the security forces decided not to enter the camp, and sealed its entrance.

Fateh legislator Jamal Tirawi said the security forces (dominated by Fateh Movement) in the Jericho Central Prison, have repeatedly violated the rights of Fateh fighters who were taken prisoner in Balata refugee camp.

He said the attacks come in violation of an agreement reached a few weeks ago, under which the fighters agreed to surrender their weapons, and hand themselves in to the security forces.

On Saturday at night, Tirawi said on his Facebook page that the fighters, held in Jericho, are facing injustice and violations, and accused Nablus Governor Akram Rajoub of having a “personal vendetta” against them.

Tirawi denounced the security forces and the Palestinian Authority for what he called “violating the agreement that was reached in direct participation of Prime Minister Rami Hamdallah.’

“Pushed by their respect to President Mahmoud Abbas and Hamdallah, those fighters, members of Fateh, agreed to hand themselves in to the security forces,” Tirawi stated, “The agreement was based on the core principles of justice, and the basic Palestinian Law.”