Netanyahu: “We Will Never Cede Lands To The Palestinians” 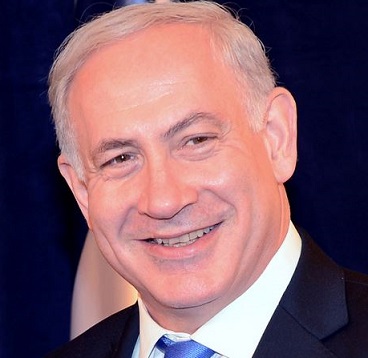 In a statement released by the Likud Party, Sunday, Israeli Prime Minister Benjamin Netanyahu explicitly said Tel Aviv would never withdraw from any of part of the occupied territories“Israel will never make concessions, no withdrawals,” he said, “any territory ceded by Israel would fall in the hands of Islamic extremism, and terror groups, supported by Iran.”

Likud Party spokesperson Elie Bennet said the speech, made by Netanyahu in Bar Ilan in 2009 calling for a Palestinian state next to Israel, “is not relevant anymore.”

Netanyahu’s aid during the time of the speech Ron Dermer said the Prime Minister vowed commitment to the two-state solution, establishing a Palestinian State along the 1967 borders through peace talks.

Dermer, currently Israel’s Ambassador to the United States, allegedly informed Quartet Committee head Tony Blair “Israel does not only want to grant the Palestinians a state, but also one along the 1967 border.”

Israeli Ynet News said the Netanyahu – Likud statement was made after it published what it called “a secret list of concessions made by Netanyahu to the Palestinians during his previous term in office.”

It said the concessions completely contradict all positions and stances Netanyahu currently presents.

Israeli TV Channel 10 said during Netanyahu’s previous term, when the document was being addressed, Dermer told Blair that the Prime Minister promised in writing Tel Aviv “would cede territory, identical to all areas Israel captured in 1967, allowing the Palestinians to establish a state.”

It said the alleged commitment came when the Quartet sponsored direct talks between Israel and the Palestinian Authority, especially since Blair was skeptical about the sincerity of those statements, an issue that pushed Dermer to commit in writing.

According to the Ynet, Dermer denied the report, and said there has been no commitment of any type regarding this issue, and that the issue here is just about a paper that was meant to help advance stalled negotiations.

It said Netanyahu dispatched, in his second term in office, a close affiliate to talks with the Palestinian side, “offering drastic concessions” that include land swaps, a limited Right of Return to the refugees, and a potential deal on Jerusalem.

The Ynet said, after the “concessions list” was revealed in August 2013, its print publication, Yedioth Aharonoth, published a summary of the results of secret talks between Netanyahu’s senior aide, Yitzhak Molcho, and Palestinian official Hussein al-Agha.