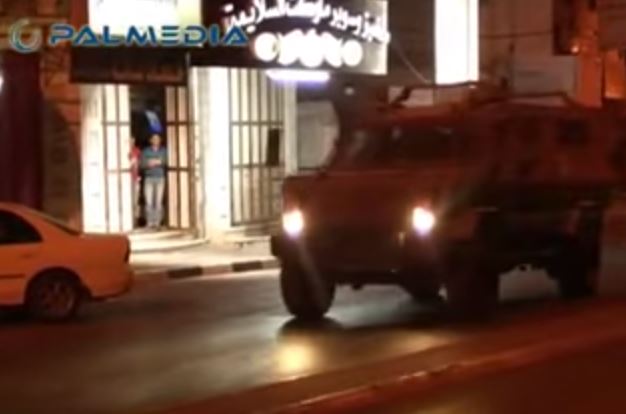 Soldiers also kidnapped two Palestinians in Shoqba and Beit ‘Ur villages, near the central West Bank city of Ramallah, two more in Biddo village in Jerusalem, and one in Beit ‘Anan nearby town.

Israeli military sources said the soldiers also arrested three Hamas members, one in the southern West Bank city of Hebron, and two in Doura nearby town.

On Sunday evening, soldiers invaded the al-‘Arqa village, west of the northern West Bank city of Jenin, and handed one Palestinian, identified as Mousa Mohammad Waked, a warrant for interrogation in the Salem military base.

Soldiers also installed a roadblock on the main entrance of the village, held many Palestinians and interrogated them. The army told the residents they will not be allowed to enter the village, or leave it.