Army Demolishes A Home Near Tulkarem 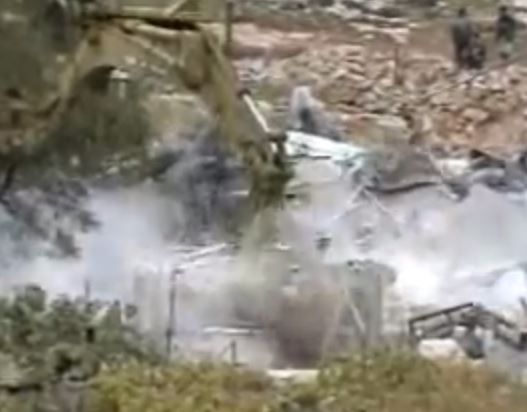 Several Israeli military vehicles, and bulldozers, invaded the al-Jaroushiyya village, north of the northern West Bank city of Tulkarem, and demolished a home belonging to a local judge. The soldiers surrounded the home of Justice Kifah ash-Shouly, a judge in the Appeal Court in the central West Bank city of Ramallah, demolished his property and the walls that surrounding it.

The judge told the WAFA Palestinian News Agency that the demolished building was a 120 square/meter two-story home.

He said he was still building his home, and stopped the construction two years ago, after the army ordered him to do so, under the pretext it was being built without a permit.

Since then, the soldiers never contacted the judge until they came to demolish his property.

“This is yet another Israeli crime, another violation, committed by the occupation against the Palestinian people,” he said, “This is an ongoing war against our very existence in our lands; all of Israel’s justifications, and allegations, are false.”