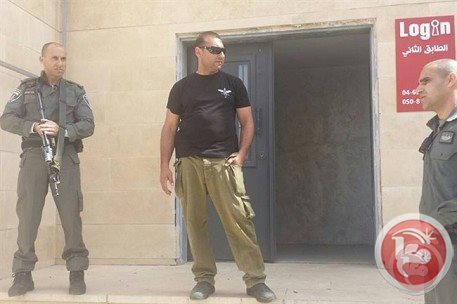 In the village of Umm al-Fahm, in the northern part of what is now Israel, a group of Israeli soldiers on Monday invaded a media center that had recently been established in the town, seizing equipment and abducting journalists.The center is called the Q-Press Media Center, and it was established fairly recently with a focus on the Israeli attacks on Palestinians in Jerusalem, and violations carried out against the Al-Aqsa Mosque, the third-holiest site in Islam, which is located in Jerusalem.

According to several Palestinian media sources, the Israeli military abducted four of the staff members of the news agency. They were identified by the Ma’an News Agency as Hikmat Naamnah, Sahir Ghazzawi, Anas Ghanayim, Badir Mahajnah, and Budar Ighbariyya.

In addition to abducting the staff of the center, the Israeli troops also confiscated a number of computers that were used by the journalists to carry out their work.

The Q-Press Media Center is a newly-established center, so there is not much information about the content of their work. The journalists who were abducted by the military have not yet been charged, but are being held in military detention centers where they face interrogation from Israeli intelligence operatives.