For Second Time In 2 Days; Soldiers Bulldoze Lands Near Bethlehem 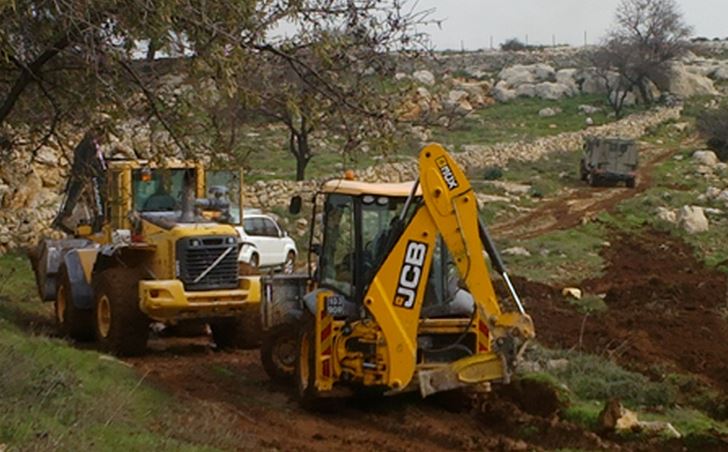 Israeli soldiers bulldozed large areas of Palestinian lands, in Kisan village east of the West Bank city of Bethlehem, to build an “industrial zone” that would serve near illegal Israeli colonies. Hussein Ghazal, head of the Kisan Village Council, told the WAFA News Agency that the soldiers bulldozed, during early morning hours, large areas of Palestinian agricultural lands near the northern entrance of the village.

The lands belong to residents of Sa’ir town near Hebron, and members of the ‘Obeyyat family in Bethlehem.

Ghazal said the destruction targeted large areas of Palestinian farmlands, and that Israel intends to bulldoze and uproot more than 600 Dunams (148.26 Acres) to build an Industrial Zone that would serve illegal Israeli colonies.

He added that the Israeli plan would completely isolate the village, as it will become fully surrounded by Israel’s illegal colonies.