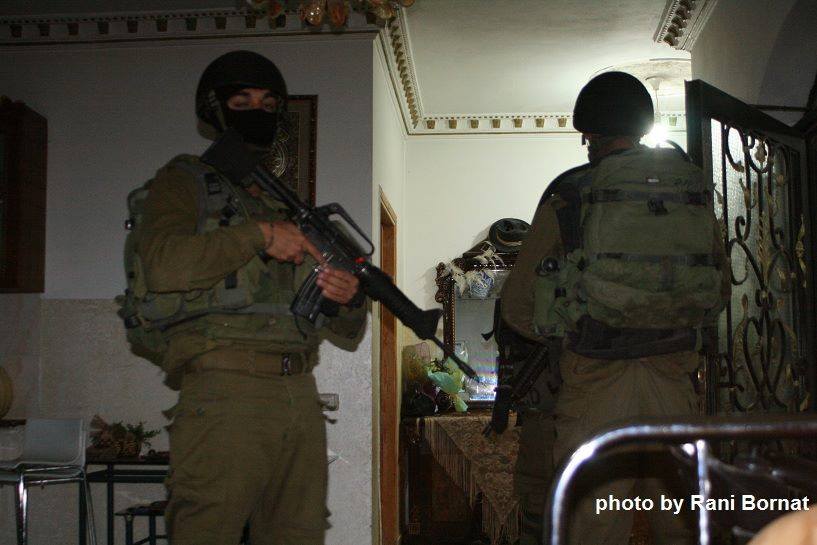 Dozens of Israeli soldiers invaded, on Tuesday at dawn, Bil’in village, west of the central West Bank city of Ramallah, and stormed several homes before searching them.Eyewitnesses said the soldier surrounded the village before invading it, and stormed homes belonging to several residents, including Ashraf Khatib, Mahmoud al-‘Abed Samara, Abdul-Fattah Burnat, his brothers Hashem and Mohammad, in addition to the homes of Na’im Burnat and his sons Basem and Nash’at.

In addition, soldiers stormed the home of resident Mohammad Ash’al, and handed him a military warrant for interrogation.

Bil’in has been a leading village in creative nonviolent resistance against Israel’s Apartheid Wall and Settlements, and is repeatedly targeted by the soldiers in an attempt to force the Palestinians, their Israeli and international peace activists, to stop the protests.

Israel’s excessive use of force against the peaceful protests led to dozens of casualties, including several fatalities.

French Activists Arrested During Bil’in Protest to be Deported
http://www.imemc.org/article/70844