Israeli Elections: 6 Things You Should Know 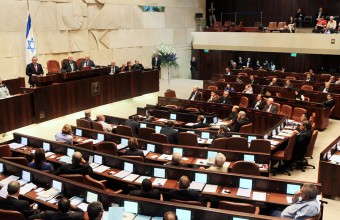 The legislative elections will be held in Israel on March 17th. The voters will renew the 120 members of the Knesset, the unicameral parliament. Since the first elections in the country, held in 1949, no party has ever had the absolute majority of seats in parliament.Six things you should know about these early elections.

They will vote on March 17th. Polling stations close at 10pm and the three major Israelis television channels will publish the exit polls and projections, and will follow the counting live.

Polls give a head to head between the Likud, the conservative party of outgoing Prime Minister Benjamin Netanyahu, and the Zionist Union, the center-left coalition led by Isaac Herzog and Tzipi Livni. If a coalition government is to be formed, it is more likely that the smaller parties will ally with the Likud.

3. How do you form the government?

After the vote, Israeli President Reuven Rivlin will consult the leaders of the main parties will indicate that will indicate the candidate with the highest chance of forming a coalition government (not necessarily the leader of the party that receives the majority of votes). The Prime Minister appointed by the President will have 42 days to form the new government.

Netanyahu was three times prime minister and his mandates have been characterized by a strong opposition to the negotiations on the Iranian nuclear issue and plans for the construction of new settlements in the Occupied Palestinian Territories. Domestically Netanyahu has promoted privatization, the breaking of monopolies and fiscal consolidation.

5. What promises the Zionist Union?

The Union Zionist stopped insisting on a settlement freeze because polls showed that it is a topic dear to the voters of the election campaign. Opponents of Netanyahu and Likud have focused on the economy and on reform, promising an expansion of public spending, particularly in the areas of health and education.

6. What are the possible surprises of this election?

The parties representing the Arab-Israeli minority appear together for the first time and aspire to win 13 seats. If so, it would be the third force in the country. Yesh Atid, the centrist party founded in 2012 by television presenter Yair Lapid, could get 12 or 13 seats, less than the 19 obtained in the elections of 2013. Lapid will still be the referee. Former Communications Minister Moshe Kahlon has formed a center-right party that according to the polls could get 10 seats and participate in a coalition government with both major parties, with Likud or with the Zionist Union.