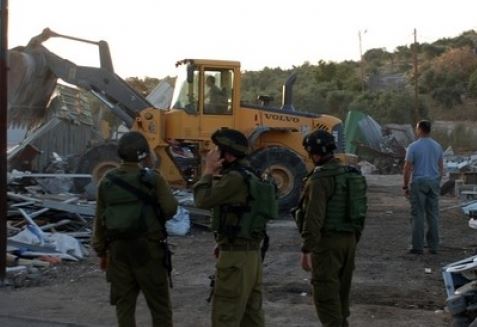 The soldiers surrounded the entire area, and declared it a closed military zone, before demolishing the factory.

Qabaha said the factory was more than 350 square/meters, and that the losses are estimated by 200.000 New Israeli Shekels.