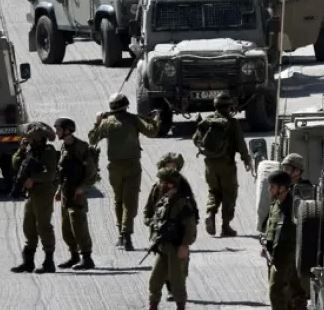 Several Israeli military vehicles invaded, on Thursday at dawn, various Palestinian communities in the southern West Bank city of Hebron, and a number of nearby towns.Eyewitnesses said the army invaded the ath-Thaheriyya town, south of Hebron, after closing all of its main roads, and drove around before leaving it later on.

The soldiers withdrew later without conducting any arrests, while a number of army jeeps installed roadblocks on roads leading to a number of towns near Hebron, stopped and searched dozens of Palestinian cars, and interrogated many residents while inspecting their ID cards.