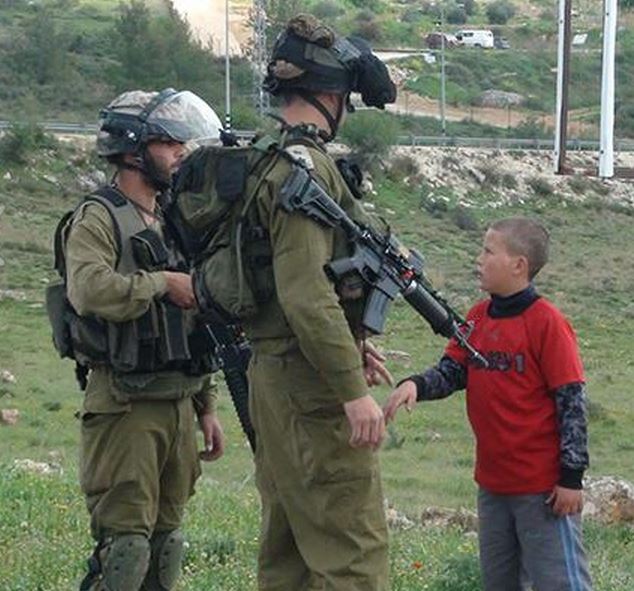 Many protesters have been injured, and three kidnapped, after Israeli soldiers used excessive force against the nonviolent weekly protest against the Wall and Settlements in Nabi Saleh village, near the central West Bank city of Ramallah.The Popular Struggle Coordination Committee in Nabi Saleh said hundreds of residents, accompanied by Israeli and international peace activists, marched following the Friday noon prayers in the village, and headed towards the main village gate where dozens of soldiers, and military vehicles, have been deployed.

The Committee said the soldiers assaulted the protesters as they marched chanting against the illegal Israeli occupation of Palestine, its illegal colonies and Annexation Wall, before the army fired rounds of live ammunition, gas bombs and rubber-coated metal bullets.

The soldiers also attacked and beat a number of women, children and young men, wounding seven who suffered various cuts and bruises.

Three children were among the wounded; including a child who suffered head injuries after the soldiers struck her on the head and shoulders.

The Committee said it will continue its activities and protests against the illegal Israeli occupation of Palestine, its Apartheid Wall and colonies.

It called for full Palestinian unity that also includes all factions, to create a united front that would ensure the ongoing struggle and steadfastness until liberation and independence.