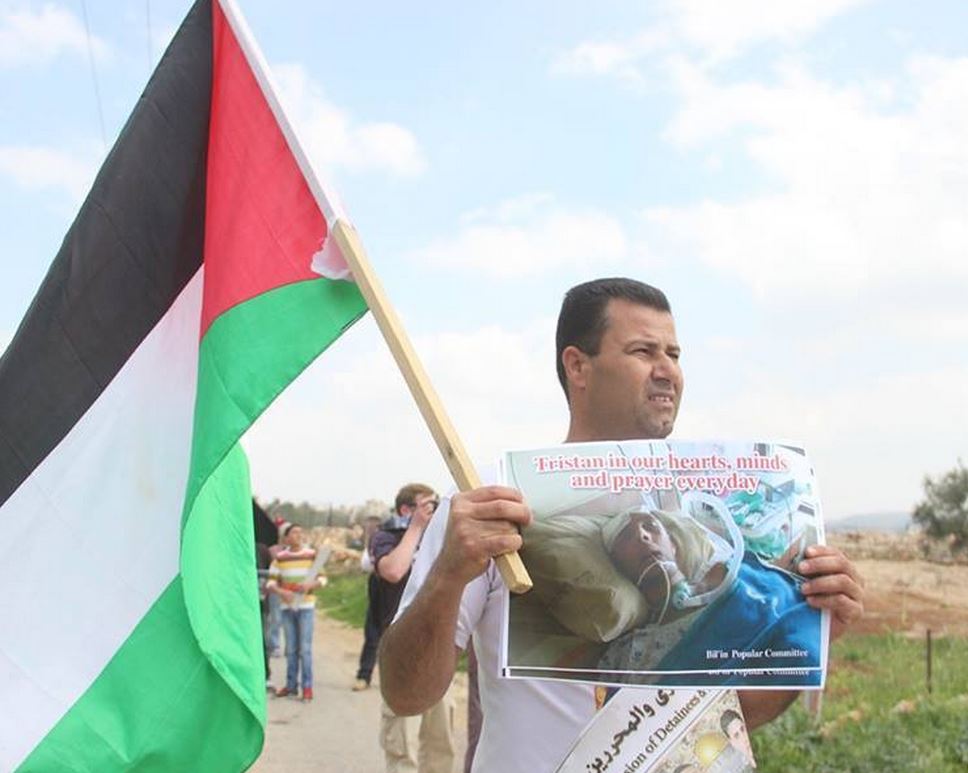 As hundreds of Palestinians, Israeli and international peace activists, marched on Friday in the weekly nonviolent protest against the Israeli Wall and settlements, in Bil’in in the central West Bank city of Ramallah, Israeli soldiers attacked them, firing gas bombs and rubber-coated metal bullets. Today also marks the sixth anniversary since the soldiers shot and seriously injured American peace activist Tristan Anderson.The Popular Committee against the Wall and Settlements in Bil’in said the soldiers fired dozens of gas bombs and rubber-coated metal bullets at the nonviolent protesters, and invaded the edges of the southern area of the village.

The Israeli gas bombs also struck a number of homes, including the homes of Nimir Abu Rahma, Eyad Burnat and Saif al-Walidi, causing many residents, including children, to suffer the effects of tear gas inhalation.

The protesters gathered in the center of the village, along with Israeli and international peace activists, and marched carrying Palestinian flags in addition to pictures of child detainee Khaled Husam Sheikh, and the five imprisoned children from Hares village, who have been held by Israel since two years.

They chanted slogans calling for the release of all detainees, especially the 300 children held by Israel, and called on human rights and legal groups to intervene and secure their release.

In addition, the protesters carried pictures of American peace activist Tristan Anderson, who, on March 13 2009, was shot by a high-velocity Israeli gas bomb in the forehead causing quadriplegia and blindness in his right eye.

Anderson was shot in Ni’lin nearby Palestinian village.

Many protesters also carried pictures of slain American peace activist Rachel Corrie, who was crushed to death by an Israeli army bulldozer, on March 16 2003, while trying to prevent the soldiers from demolishing Palestinian homes in Rafah, in the southern part of the Gaza Strip.

Coordinator of the Popular Committee against the Wall and Settlements, Abdullah Abu Rahma, called on boycotting the Jerusalem Marathon organized by the Jerusalem City Council in an attempt to normalize Israel’s occupation, oppression, and ongoing illegal settlement construction and expansion activities.

Abu Rahma said Israel must be held accountable for its crimes against the Palestinians, their lands and holy sites in different parts of occupied Palestine.

Today on Friday, March 13, 2015, marks the. Tristan was shot in the head with a tear gas grenade following a demonstration against the construction of the Apartheid Wall in the West Bank village of Ni’lin.

Ni’lin continues to hold weekly Friday demonstrations against the occupation and the Apartheid wall´s theft of Palestinian lands.

To this day, Tristan requires 24-hour care. Currently, his family is in court against the government of Israel in a civil lawsuit, and the court hearing is scheduled to conclude on March 23.

His parents, Mike and Nancy Anderson are 68 and 72 years old. This is not a symbolic lawsuit; it is a demand that the state pays for the long-term care that Tristan needs to survive.

Tristan is paralyzed with chronic pain on the left side of his body; he is blind in his right eye, and he has suffered a severe brain injury. 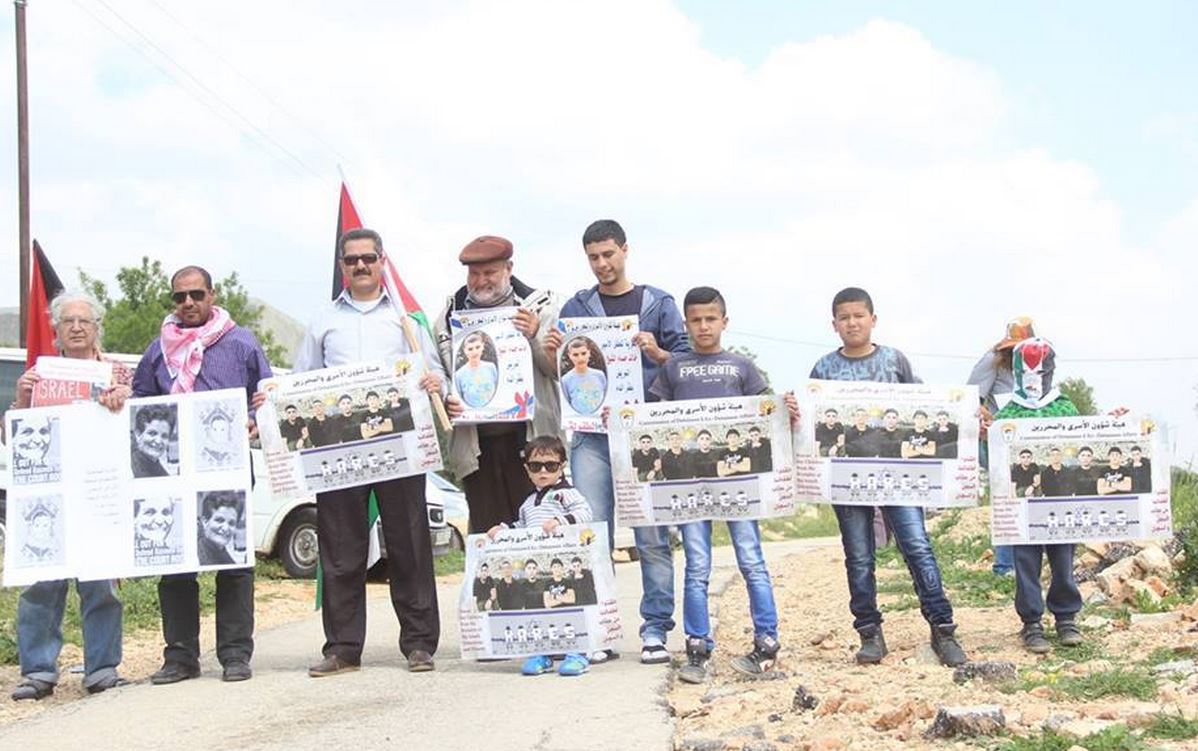