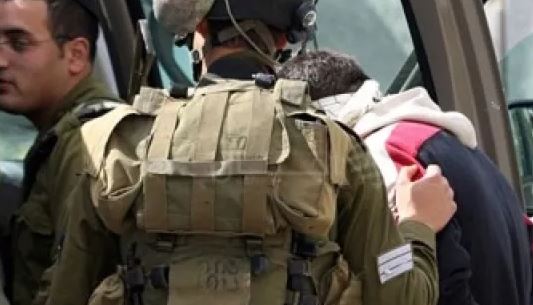 Israeli soldiers invaded, on Saturday at dawn, the as-Sammoa’ town, south of the southern West Bank city of Hebron, and kidnapped a Palestinian after breaking into his home. Soldiers also installed roadblocks near Hebron.Eyewitnesses said the soldiers kidnapped Yousef ‘Oqeil Abu ’Oqeil, after violently searching his home, and took him to the Etzion military base.

In addition, soldiers stormed the home of Rami al-Jo’ba, in Hebron, and searched his property before handing him a military order for interrogation.

The army also invaded various neighborhood in the city and in Sa’ir nearby town, and installed roadblocks on the main entrances of Sa’ir and Halhoul, before stopping dozens of cars and searching them, while inspecting the ID cards of the passengers.

On Friday evening, a number of Israeli extremists attacked Palestinian farmers, and prevented them from plowing their own lands, in the al-Khader town, south of the West Bank city of Bethlehem.

Coordinator of the Popular Resistance Committee in al-Khader Ahmad Salah told the Radio Bethlehem 2000 that the farmers face constant harassment and attacks, but remain steadfast and determined to plow and plant their lands.