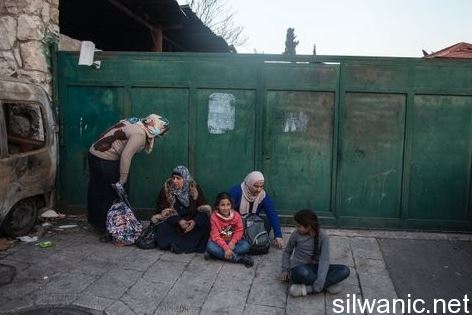 Clashes took place, on Wednesday evening, in Silwan town in occupied East Jerusalem, after Israeli soldiers attacked Palestinian youths and families protesting near the al-Malhi building that was taken over by Israeli extremists, funded by Elad settlement group.The Wadi Hilweh Information Center in Silwan (Silwanic) said members of the al-Malhi family (the mother and her children,) tried to enter the home of her brother-in-law, the only apartment that the Israeli extremists have not been able to take over, but were violently attacked.

Later on, local youths gathered in the area, and managed to enable the family to enter the apartment, before dozens of soldiers arrived at the scene, and started firing gas bombs and rubber-coated metal bullets.

The soldiers also pushed, and beat, and number of youths, and kidnapped a child, identified as Ibrahim al-Malhi, 15 years of age.

Earlier on Wednesday, Israeli extremists broke into the building and occupied three of its four apartments. More information and details found in this link: http://www.imemc.org/article/70935